David is chief executive officer of ALD Re Ltd, a reinsurance subsidiary of ALD International and a member of the Societe Generale group. He has been a DIMA director since 2007 and for several years served as chairman of DIMA’s conference sub-committee. Prior to joining ALD Re in February 2012, David spent 20 years with AIG in a variety of senior roles primarily in the insurance management area. David is a qualified chartered accountant and has a BSc in Management Science from Trinity College Dublin. 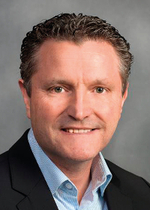 DIMA has also announced that Eddy Van Cutsem has been appointed interim CEO, effective 1st August, succeeding Sarah Goddard. In his role as interim CEO, Eddy will work with the DIMA board to develop its future strategy at a time when the international re/insurance industry is going through a period of structural change in a challenging environment.

David welcomed Eddy’s appointment, stating: “We really value the depth of experience Eddy brings to DIMA, and his knowledge of the requirements of our members from being a DIMA board member in the past will be invaluable.” 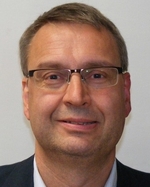 Eddy was one of the founders of DIMA in 1990 when he worked at Eurco Re Ltd, and brings more than 25 years of senior international re/insurance experience to the role. He was DIMA’s vice chairman from 2011 until 2013, and served on the DIMA board for many years.

He is a qualified chartered director and a non-executive director and chairman of the risk committee of NN RE (Ireland) Ltd, the Irish subsidiary of Dutch insurer Nationale Nederlanden (previously ING). From 2001 until 2014, Eddy was managing director of Royal Bank of Canada’s reinsurance company in Ireland. Prior to working in Ireland Eddy worked in Switzerland and Belgium for a large Belgian banking and insurance group.

Eddy commented: “I really welcome the challenge this role brings in helping DIMA map out a new strategy for the future and also the opportunity to work with colleagues from the industry in a new capacity.”

DIMA represents international insurers and reinsurers based in Ireland. Van Cutsem is appointed as interim CEO to replace Sarah Goddard who steps down as CEO of DIMA at the end of July to take up the role of Secretary General at Brussels-based AMICE, the Association of Mutual Insurers and Insurance Cooperatives in Europe.

This site uses Akismet to reduce spam. Learn how your comment data is processed.

There are no upcoming events.